What's with the cake? I recently realized that this month (February 2014) marks my 5 year anniversary in the games industry. It seems time just flies when you are doing something you love, it's crazy right? Who knew.

Perhaps 5 years is not really that big of a deal but I didn't want to let it completely pass by. Because for me it has been quite the ride and experience.

I'm not going to do a recap/summary kind of thing but I thought it would be fun to dig up some old art and share it in this blog post. This is basically the oldest stuff I could find, and represents my very first steps I made in late 2008. Disclaimer, I am aware of how unimpressive this is, but we all need to start somewhere. Feel free to laugh out loud, I know I did. So here we go!


Technically not the very first model, but it is the first one I did after following the first few lessons 3d modeling at university. At this point I knew how to do simple lowpoly modeling, UV mapping and simple texturing. The assignment was to make a textured low poly vehicle not more than 1500 polygons and get it in the Unreal 2004 editor. This was the result I put together after way too many hours :D 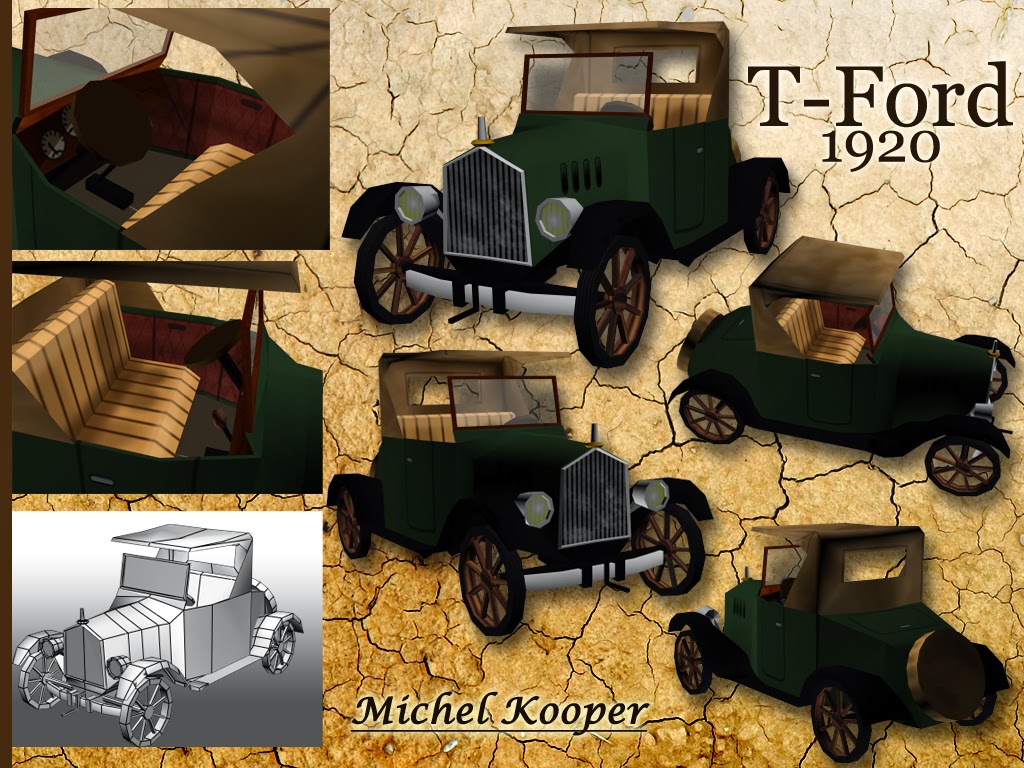 Considering the first three models where a low poly crate (or "box"), a low poly wooden barrel and a low poly palm tree, this model was quite a step up in complexity. It was also the first time I was confronted with the puzzling results of a "flatten mapping" in the UV editor.


In that same period I also made my first level, build mostly with brushes in the Unreal 2004 editor, and a few custom static meshes and textures that I made. The idea behind the level was a single player, exploration/puzzle kind of experience in a small abandoned town hit by a sandstorm. The player's goal was to escape the town but to do this he needed to find parts to repair a car and get rid of some "bad guys" at the town's exit points. It's all very exciting stuff! :) Not much later, I got my hands on Unreal Tournament 3 which shipped with a new version of the engine. I tried to recreate the basic idea of the level but rebuild with assets that came with the new version.
Here's what that looked like. So, these are pretty much my first steps, first few weeks of messing around. There was a lot of stuff I had absolutely no clue about, things like normalmaps etc where all "next-gen" magic to me at this point. But it was a start.

Not long after I got my first internship at a game company, this internship turned into a junior position afterwards and then it really started rolling. 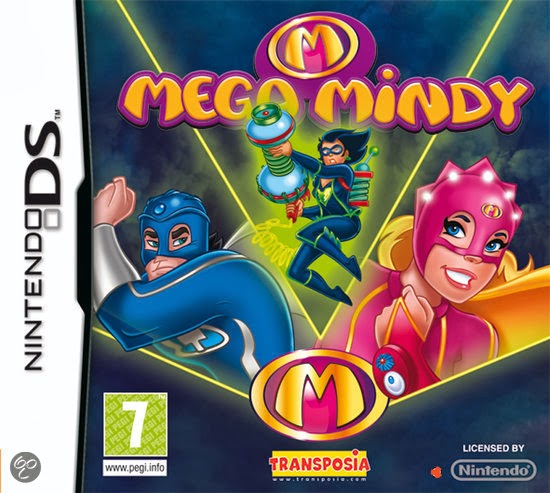 So there we are,  februari 2009, I began working on my first official game that would actually be sold in a store.

The first game I started working on was for the Nintendo DS system and the IP was based on a Belgian/Dutch kids tv programm called Mega Mindy. The IP itself wasn't really exciting to me, working on an actual game was and I learned a lot of things during my time there.

Below is an image of one of the levels I did for that game. 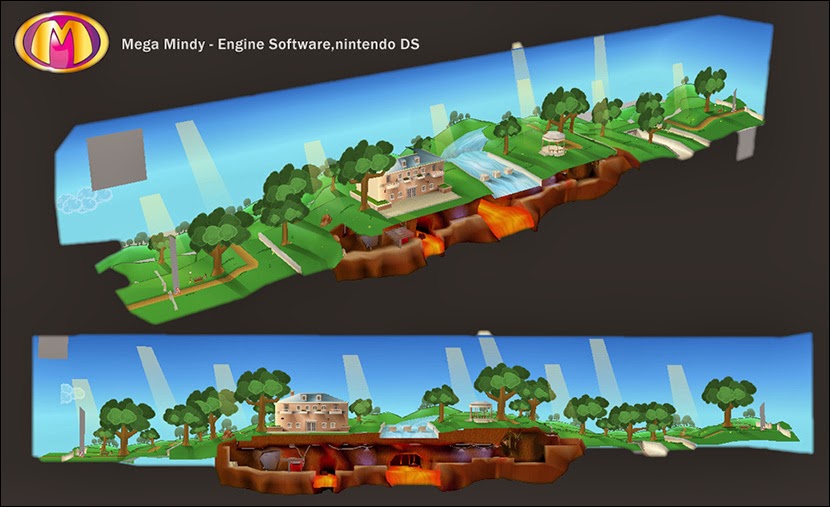 And here ends this show and tell. I must admit searching through all the old files was a lot of fun. In some way its weird that it has already been five years. At the same time an insane amount of stuff happened in the past few years. Without a doubt the games industry is filled with passionate, like minded and creative people who absolutely love what they do. I honestly cannot imagine myself working in a different industry so I'm looking forward to the next 5 years!

Hope you had a good chuckle seeing some old stuff. I'm going to eat that cupcake now!